We're at Tan Son Nhut waiting for our broken airplane to get fixed--one generator, one fuel valve, and the pilot's ADI (Attitude Director Indicator--it's the pilot's main instrument to tell whether you're in a bank or climb or level.)

This airplane (62 1834) is enjoyable to fly, but a dog on maintenance.  After our first sortie from Tan Son Nhut to Cam Ranh Bay, we already had 15 maintenance writeups.

We ended the day with 28 writeups on that airplane. And it came from CCK yesterday! It's sad when they send in a bird that's this broken.

Things went pretty smoothly til we got back to TSN the first time.  About 50 miles out of TSN we had a 1% prop speed fluctuation on our #3, so when we landed at TSN we got a prop man and ran it up some.  "Unable to duplicate malfunction."  Sigh.

Today we had the VX mission--our bit for Vietnamization.  At TSN things went very well at the VNAF ramp.  In fact the best I've ever seen loading go there.  We headed to Ban Me Thuot--first time I'd been there since my in-country checkout.  On to Pleiku and Nha Trang.

On the ground at Nha Trang we picked up an increasing fluctuation in gearbox oil pressure so we decided to check the magnetic oil drain plug for metal particles.  Sure enough there were some--indicating that something inside is grinding somewhere.  That's grounds (grinds?) for an engine change.

Meanwhile another crew there had a bad starter control valve so they needed a buddy start.


We taxied onto the runway to give them that buddy start.  With our three good engines at max power, #3 prop decoupled from its engine and the nacelle overheated.  Very bad.  We shut #3 down immediately and taxied that two-engined beast into a revetment.  If a prop decouples and runs away in flight it can leave the airplane.

At TSN we onloaded 65 pax and taxied out.  As we ran up the engines we found an oil pressure fluctuation in the #3 engine.  So we taxied back in to get it looked at.  Turned out to be the transmitter for the gauge rather than an actual pressure fluctuation, but it still took about an hour to change the transmitter.  Some of the pax were either scared off or lost interest--when we blocked out a second time we only had 58!

On to Cam Ranh Bay.  After takeoff we asked for two volunteers and those guys got to sit up front.  The engineer let one guy sit in his seat and listen on the headset. Later the guy told the nav that this was the best thing that had ever happened to him.  Apparently not many good things have ever happened to him. 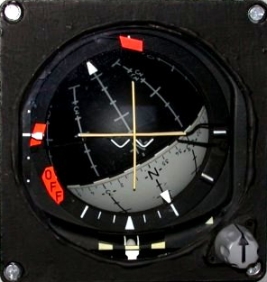 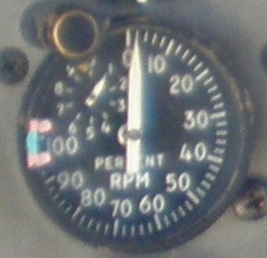 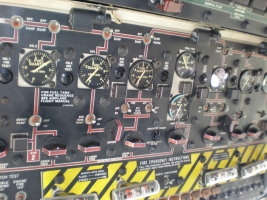