My trip to Iwakuni-Naha-Iwakuni-Naha-CCK worked out pretty well once we got underway (before we left the squadron I walked into a door in my inimitably cool fashion and put a lump upon my head).  A good shopping trip--we returned with 7 boxes of stereo equipment.

Last night was kind fun but I don't think I'll do it again right away!  BV and I sat down with some other guys in the dining room of the club--I guess there were about 10 of us.  BV and I had supper while somebody ordered some champagne.

Before long we were playing the number-on-the-dollar-bill game to see who would buy the next bottle.  One bottle led to three and a cork-shooting contest ensued.  The high point was when BV bounced one off the ceiling and it landed in his own glass, smashing it to smithereens!


At CCK, some guys had accompanied tours (long, but your family was authorized to be with you).  Most of us had remote tours (shorter and lonelier), and a few had dependents in town unofficially.  This caused some jealousy among the other unaccompanied guys.

By decree it was stamp out FUD (fucking unauthorized dependents) Night and there were quite a few such dependents in the room.  Despite attempts to good-naturedly gross them out they seemed to enjoy the whole thing too.

The wing commander and his deputy chief of operations were sitting at a table across the room so we sang them a "hymn".  The hymn in this case is actually a "him"--a simple chant that goes...

One guy suggested a "her" for the DCO, Colonel Herr, but we decided that would be a little too personal.  Meanwhile the club manager, Jerry McVety, joined us hoping to be a calming influence.  Jerry lost the next round and also made "helpful" suggestions like shooting at the loudspeakers or emergency lights intead of the chandeliers.

Then two more bottles arrived compliments of Cols Iosue and Herr, so I had the waitress bring some more glasses, which we filled and took to their table, thanking them for being good sports.

Meanwhile Bill Draper did some arithmetic and calculated that for $2 each our table could buy a bottle of champagne for each table in the dining room.  So a good time was had by all with corks popping and toasts toasting all over the room.  About 10:00 the center of activities moved to the bar and at that point I cut out knowing that if I stayed I'd have to be carried out!

Later I learned that one lieutenant was in fact carried home by an anonymous full colonel. 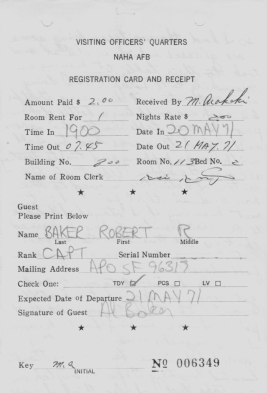 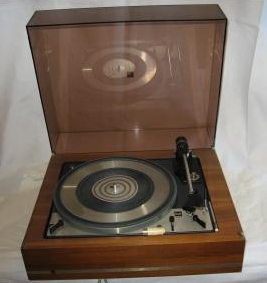