After pilot training I had C-141A training at Tinker AFB in Oklahoma City--more systems, flight simulators, and flight time.  I liked Oklahoma--friendly people who would invite a single guy home for dinner after church.  After two months I drove my 1961 Porsche across the desert for my first assignment as a pilot.  The emerald green hills and black cows of California were so welcome after the barrenness of the desert--I felt like I was entering Oz.

My squadron was the 75th Military Airlift Squadron, which was part of Travis Air Force Base's 60th Military Airlift Wing.  I arrived at Travis as a brown bar (second lieutenant).  At first I stayed in the visiting officers' quarters where I met a young Marine.  He was drafted and after a few months as a machine gunner in Vietnam was sent home on compassionate leave.  He was getting his courage up for his flight back to Vietnam.

I qualified as a second pilot (beginning copilot), was promoted to first lieutenant, and after a few hundred hours of C-141 time I qualified as a first pilot.  First pilots were in demand to fly with aircraft commanders who had staff jobs for most of the time and needed experienced copilots to keep an eye on them.  We also flew AC line checks--week-long check rides for pilots upgrading to aircraft commander.

Early on I remember pulling out onto the runway at Travis AFB for a night flight across the Pacific.  It was foggy--the ceiling was zero and visibility was just a quarter of a mile, but that's enough to take off under Instrument Flight Rules.  As we advanced the throttles to takeoff exhaust pressure ratio the four engines roared and vibrated with 80,000 pounds of thrust and as always there was that excitement in the pit of my stomach.  We weighed 325,000 pounds with a full load of fuel and cargo so our initial movement was painfully slow.  But soon we were accelerating down the runway and trying to maintain visual cues in the dark and fog.  Half way down the runway the edge lights flew by at one a second and we could only see one at a time.  If an engine failed there wasn't enough runway remaining to stop, so our only choice now was to take off.  As we rotated, everything beyond the windscreen turned white as the landing lights reflected off the fog.  We waited for a positive rate of climb, then gear up, flaps up, and accelerated to climbout speed in the soup.  Whew.  As a naive young copilot I admired those aircraft commanders.

For 40 years the C-141 Starlifter was the Air Force's mainstay strategic airlifter.  It could carry 60,000 lbs of cargo or 154 passengers.  In exercises we also airdropped cargo and paratroopers, but didn't do airdrops in Vietnam.  Our primary job was moving cargo from the U.S. to airfields in Vietnam:  Danang, Cam Ranh Bay, and Tan Son Nhut (Saigon).  C-130's, C-123's, and C-7's delivered those loads to their final destinations at smaller airfields.  We also delivered the goods to other destinations like Guantanamo and Mendoza, Argentina.

Our official orders were quite open-ended--they just said to perform an airlift mission and return within a month!  A typical mission profile was like this:


Crew days were 16 hours, then we got 12 hours on the ground.  The C-141's did not stop to rest when we did.  As soon as we landed, another crew flew the airplane on to the next destination.  So our cargo made it from the U.S. to Viet Nam in about two days.

We often shuttled back and forth among The Phillippines, Vietnam, and Japan, so it usually took 6 to 10 days before we finally returned to Travis.  During our 16-hour crew day we crossed up to 8 time zones, so after a few days of this we were pretty jet-lagged.  That last leg from Yokota to Travis via NOPAC-1 at mach .767 was a long one.

Not all our cargo was classified Combat Essential--cigarettes for example.  Ships brought cigarettes to the port at Subic Bay, Phillippines and trucks brought them to the big Base Exchange at Clark Air Base.  But the cigarette trucks were hijacked so frequently that road transportation was abandoned.  Once I carried a C-141 full of cigarettes from Cubi Point Naval Air Station (at Subic Bay) to Clark.  It's just 50 miles and I barely had time to get the gear up and down!

Our most rewarding mission type was med evac.  We flew injured GI's from Vietnam to hospitals in Japan for treatment and later from Japan to the U.S. for recuperation.  The airplane was rigged with airline seats for guys who could walk and cots for those who couldn't.  Occasionally we flew an air evac from Yokota to Hickam.  Drinking chi-chis at Fort Derussy was pretty sweet and visiting the USS Arizona Memorial was sobering.

Our saddest mission was bringing human remains back to the U.S.  from the mortuary at Tan Son Nhut.  Pallets with caskets were always placed all the way forward next to the flight deck bulkhead so if cargo had to be jettisoned, the caskets would not have to be.  On my first mission into Saigon I was feeling pretty good because I'd just been promoted to first lieutenant.  The loadmaster rolled the first pallet--aluminum caskets--up near the crew door.  Inscribed on the nearest one was, "Here lie the human remains of First Lieutenant John Smith".  And I didn't feel so good anymore.

I also had the honor of being a funeral escort for the remains of a young C-130 pilot killed on a training mission in Taiwan.

Mike Tracy and I both graduated from pilot training at Moody AFB and we were roommates while we were stationed at Travis--first in Fairfield, then in Davis.  Our schedules were so out of sync we saw each other only a few days a month.  At the Presbyterian Chrch in Davis I met this cute co-ed named Gloria and I began writing her letters:

Well, other than THAT, Lt. Baker, how was your trip back from Yokota?...  We got a call from the Travis command post saying that Travis was fogged in. So we re-filed and diverted to Norton AFB near San Bernardino because the weather there was forecast to be clear.

An hour later we were picking our way down through the mountains and looking down at a completely overcast Los Angeles basin.  Meanwhile a radio failed and the number 3 throttle was hanging up.  And after the 10-hour flight from Yokota plus the hour from Travis we were getting a little low on fuel.

So we made an instrument approach down to 200' and had the runway in sight, but the tower wouldn't clear us to land so we executed a missed approach.  On our second approach we were cleared to land, but as we touched down, one engine wouldn't reverse and the right landing gear strut deflated.

After about a year at Travis my squadron began to transition from the C-141A to the C-5A, but I knew that was not my future.  MAC had a policy called overseas return date, which was the date on which you would "return" to an overseas (spelled v-i-e-t-n-a-m) assignment.  The time we spent on overseas flights counted toward this date, but unless you spent all your time overseas that overseas return date marched inexorably closer.  I could see that before I accumulated enough hours to upgrade to aircraft commander my overseas return date would come up.  So rather than wait for the Air Force to give me an assignment I didn't want, I volunteered for an overseas assignment doing tactical airlift in C-130's.  That turned out to be a good move.

Our stop at Hickham (Honolulu) was a most profitable one for me. I'd been trying for days to phone the PACAF officer assignments section there, so I decided to go in person. And everything just clicked. My C-130 assignment had no base indicated, but I wanted to request CCK in Taiwan rather than Clark in the Phillipines, which was the alternative. It's indeed a good thing I went because they had already prepared orders for me to go to Clark, but I was able to persuade the sergeant to change it to CCK.


I had already spent many days at Clark, so Ching Chuang Kang (CCK) Airbase in Taiwan sounded more attractive.  The flying would be in Vietnam either way and CCK had newer airplanes.  First I needed to attend survival school and learn to fly the C-130. 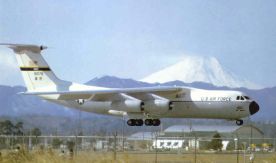 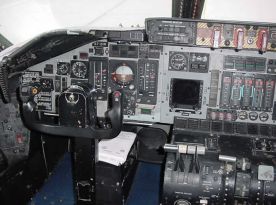 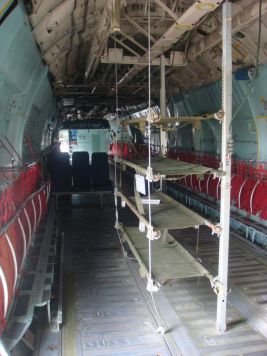 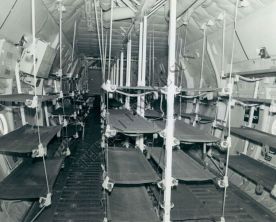 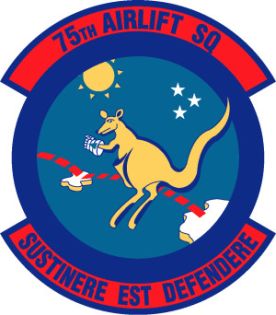