I had a simple plan to get back to CCK after my leave--catch a tanker from California to Thailand, then the C-130 rotator back to CCK.  I got a space-available seat on a KC-135 at Castle AFB near Merced.  It took me as far as Andersen AFB in Guam, then things worked out differently.

We're about half way to Hickam now.  Smooth flight but I'm glad I brought my earplugs.  Loud!  The 135 has a few airliner-type seats so I claimed one.  Quite a bit more comfortable.

I jumped off that U-Tapao-bound bird because I'd miss the CCK rotator there by 4 hours and have to wait there another 2 days.  Sooo, I'm planning to catch another 135 to Kadena, Okinawa in a couple of hours.  Pax service people here have been quite helpful.

I had about a 6-hour wait for the 135 going to Kadena.  I was doubly glad I chose that route rather than going on to U-Tapao when I learned that the other bird had maintenance problems--they were still working on it when we took off for Kadena.


In Guam I struck up a conversation with a Capt. Don Woolery, who also jumped off the Castle 135.  I was later able to help him get a flight from Kadena to Yokota, Japan.

No sweat getting to Kadena, but there are 144 standbys for Taipei!  Maybe mañana from here or Naha AFB.  Hope hope.  Don't really care to spend a week here.


I took a cab from Kadena to Futema to Naha to Kadena chasing down leads on flights to Taipei.  Too many people and not enough airplanes.


At the Kadena base ops I ran into a 776th crew who were headed for Korea and Japan.  Small world.

After a 14-hour sleep in the Kadena BOQ I learned that there would be no more military flights to Taiwan until tomorrow.  Sooo I caught another cab over here and bought a ticket on Northwest Orient flight one to Taipei, departing in 15 minutes.

The international section of the Taipei airport reminds me of films I've seen of the NY stock exchange when the trading is heavy--thousands of men in dark suits milling about, others waiting in the dozens of ticket lines, porters in grey surrying hither and thither (or according to some sources, yon).  The one flight to Taichung had already flown (what else?) and the one C-130 in the military area was going to Clark.


So I took a cab to Taipei Railway Station to catch a train to Taichung.  I expected it to be a charcoal-burning local.


Hot diggity damn.  The 2 o'clock train is the air-conditioned super-deluxe.

Time out for a little snack (dried seasoned cuttlefish strips and tea).  Not bad really.  The Chinese could teach the US railroad people a few things.


From Taichung Station I caught a cab to the base.  "Home" again. 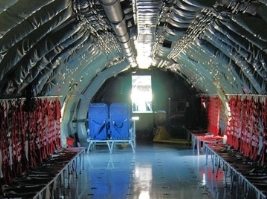 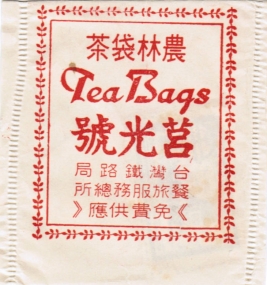